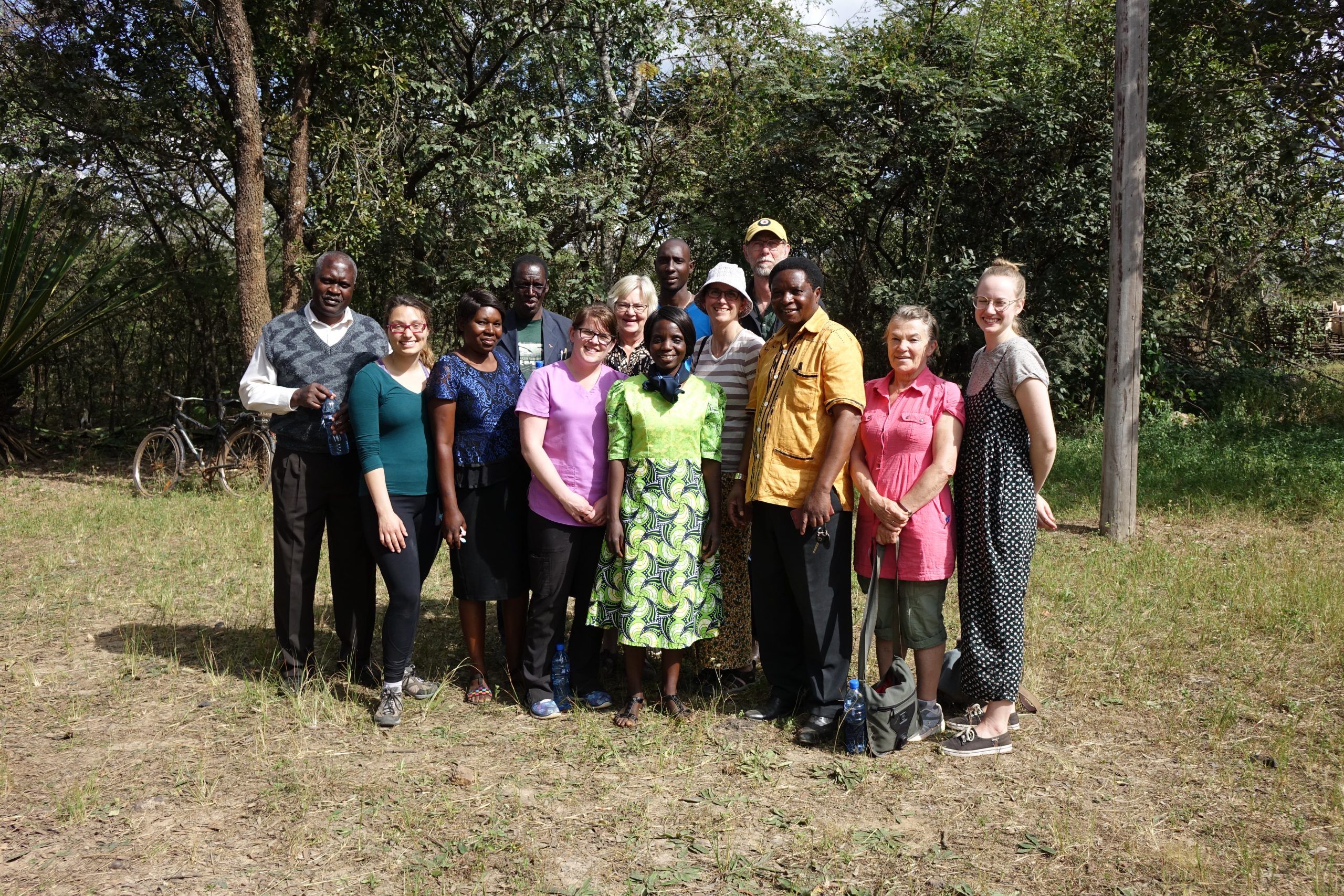 I’ve been leading medical teams for the past twenty years, and during that time I’ve had the privilege of treating more than 10,000 children in many different partner countries. These trips always surprise me, because I get back so much more blessing than I could ever give. My favourite part has been watching the children grow up and turn into spectacular adults who become powerful change agents in their communities. I’ve enjoyed getting to know so many of the partners and seeing first-hand the impactful work they are doing to transform lives and change communities.

If you have any questions, please email me (trip host) or Corrie Mulder (trip organizer) for more information. I hope to see you in Zambia!

International Needs Canada is a global non-denominational Christian development organization that promotes health, nutrition, education, and community development. Our programs include child sponsorship, schools, feeding programs, healthcare, clean water projects, and more. Key to the success and sustainability of these initiatives is a strong partnership with each partner country and ownership of each initiative BY the partner country.

ZACTS OVC Primary School is an International Needs school for orphans and vulnerable children, located in the Muzabula area, north of Solwezi. The children have had very little opportunity to access health care, and the nearest clinic is about 7km away. Many of them suffer from malaria, malnutrition, and a host of other illnesses. The children and their parents are grateful for the team visiting.

Clinics are organized at schools operated by International Needs. The students clear out the classrooms and set up space for intake, physician consultation, distribution of meds, and education. On a given day we may see 200-400 individuals, depending on the size and needs of the community. We will be joined by public health officials, local nurses, pharmacists, and physicians. Mentoring is another aspect of our work on medical outreaches – by supporting future medical professionals, it’s our hope that our impact will be sustainable long beyond our visit.

Typically, the Canadian team includes 2-4 physicians, 3-4 nurses, and 2-4 allied health providers and volunteers. Your role will depend on your area of skill or interest.

Medical supplies and medicines will be purchased or donated and coordinated by Dr. Neal Stretch. If you have access to any of these supplies, please let us know. We will also be collecting vitamins and toothbrushes.

Note: Prices are guaranteed only with full payment, as taxes and fuel surcharges can be added by airlines until full payment is received.

International Needs Canada will help you set up a fundraising page on JustGiving so you can encourage your friends and family to support your trip! They will receive separate tax receipts for any amount they donate to the cost of your trip.

Please visit your health care provider or travel clinic well in advance of your departure date to receive the required vaccinations and medications for the country(ies) you’ll be visiting. Visit the government website for recommended and required immunizations by country.

A tourist visa is required for Zambia and will be purchased on arrival at the first airport of entry. US cash is required to pay for the visa.

You must purchase extended medical insurance over and above provincial coverage, unless you have extended health coverage from your place of employment. A package including cancellation, medical, and COVID coverage is usually less expensive.

As we will be visiting children, you will need to:

Everyone on the team will have a translator during the clinics, as many of the patients do not speak English.

On past trips, domestic flights in Zambia have allowed us to bring just one bag per person to a maximum of 15kg, which means if you had extra luggage, or if your bag was heavier than 15kg, you would have been charged for the difference.

We will confirm all these details at a later date.

We advise extreme caution when consuming tap water, ice cubes, and fresh produce that would have been washed with local water, which is often taken from wells and not treated thoroughly. Do not use tap water for brushing your teeth. Drink bottled water and beverages only after checking for proper a seal.

All meals will be provided except while in transit. Alcoholic beverages are not included.

It is appropriate to leave $1 US a day for the cleaning staff at your hotel. If your luggage is brought to your room, tip $1 US per bag. This is their livelihood, so give them the opportunity to carry your bag.

230 Volts – you will need an outlet adaptor C, D, or G if you plan to charge your phone or use any electrical devices from home.

Many places we visit have an expectation of modesty when it comes to clothing and appearance. Here are some guidelines:

Please do not photograph people without first asking their permission to do so. Sometimes a small tip is appropriate, though not at the school and villages where we are visiting. Do NOT take photos in airports or customs and immigration areas.

International Needs has a strict policy on gift-giving. Many of our trip participants want to bring gifts and other items so they can make a bigger difference in the communities we visit. Thank you for your heart and generosity! However, these gifts often have unintended negative consequences. Therefore, all gifts must be approved in advance. Feel free to request a copy of the gift policy.

Deposits and payments are 100% non-refundable at all times or as stated in the terms provided by the airlines. We highly recommend you purchase cancellation insurance to cover yourself in case of illness to you or a member of your immediate family.

International Needs and the Travel Agent have made arrangements and act solely as agents for such services and cannot be held responsible for the acts or omissions on the part of suppliers. They are not liable for any injury, damage, default of any firm or person engaged in conveying passengers, carrying out travel arrangements, strikes, war, or any other causes beyond their control.

Zambia is the largest producer of copper in Africa and is home to Victoria Falls—one of the seven Natural Wonders of the World. Roughly the size of the province of Alberta, Canada, Zambia has a population of 14.5 million people with an average life expectancy of 51 years.

Zambia has great agricultural potential and many large-scale farms have been established. The country is politically stable with a relatively transparent government. However, more than 60 percent of the people live in abject poverty and the death rate (due to HIV/AIDS) is one of the highest in the world.

Zambia has experienced more than a decade of food production decline which has resulted in widespread hunger, especially in rural areas. Perhaps the biggest cause of food insecurity is the HIV/ AIDS crisis. It has decimated the farming sector and left many orphans and widows with no means of earning a living.

ZACTS OVC Primary School is an International Needs school for orphans and vulnerable children, located in the Muzabula area, north of Solwezi. The people living in the area are subsistence farmers with large families, many of them supporting children orphaned by HIV/AIDS. The school opened its doors in January 2012 with 3 classrooms and 60 children. Today the school has grown to 6 classrooms and 690 children.

In order to generate funds to support the school, ZACTS has adapted a building on its property for use as a chicken coop. They also grow cabbages and tomatoes which are slated for the market.

Recently two new chicken barns have been completed, thanks to the generosity of Canadian donors, which can now produce 2,000 chickens at a time. ZACTS OVC Primary School is committed to working towards becoming a self-sustained institution. There is currently a child sponsorship program in place which also helps support many of the children in the school, as well as their families.